We are thrilled that the work to build the new playground at Bani Suhaila has started! After months of planning, this joint project between Playgrounds for Palestine UK, Playgrounds for Palestine USA, the University of Gaza, and the municipality of Bani Suhaila is now underway.
​The area available is now much greater than originally allocated, allowing parents to watch their children at play, and there will be a separate playground area for toddlers. There will also be water play. The photo below shows the site, which has now been cleared in readiness for our ambitious plan. 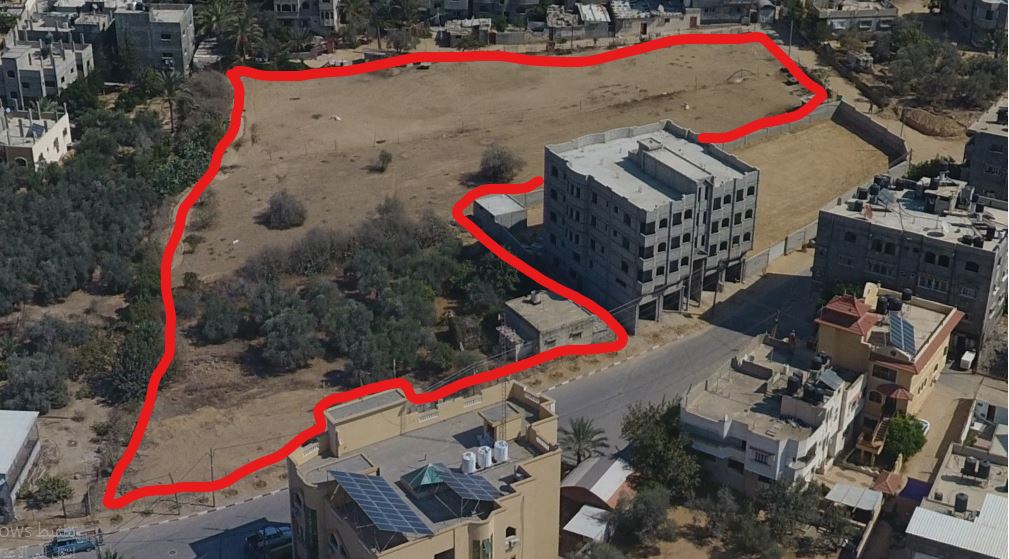 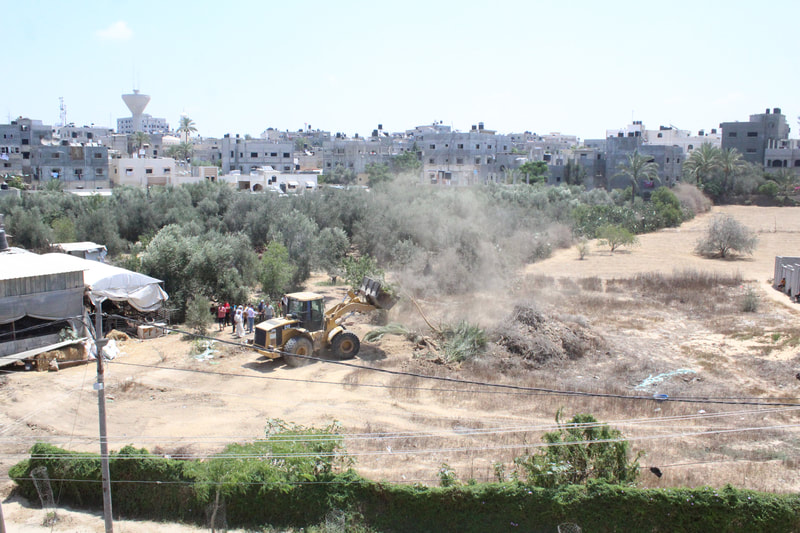 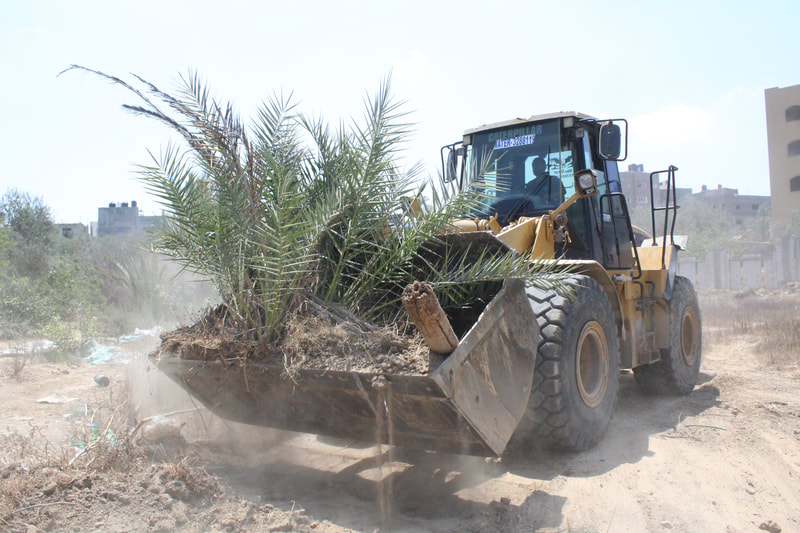 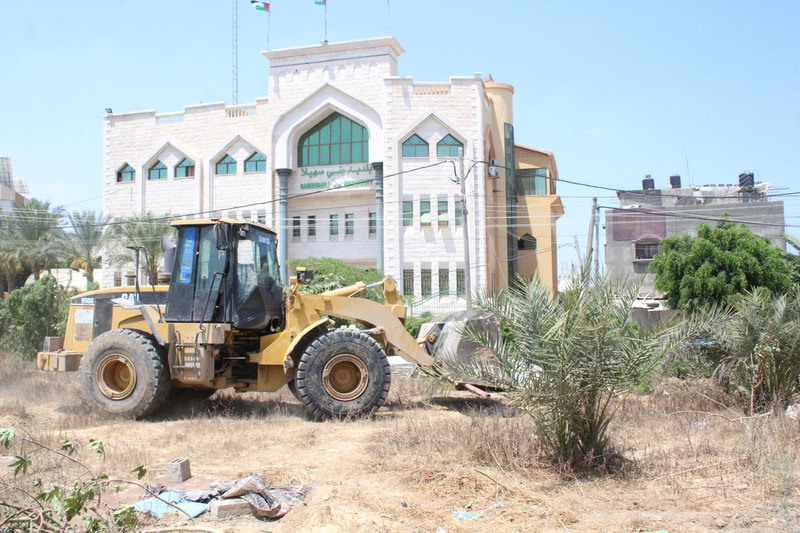 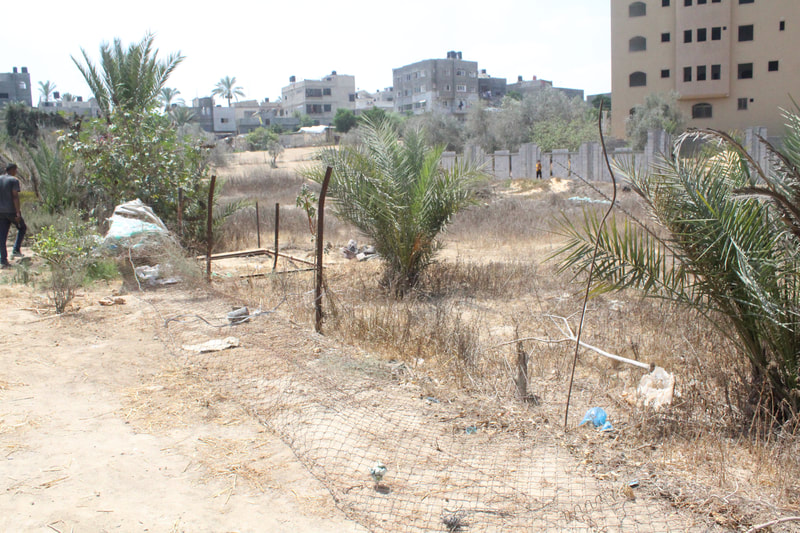 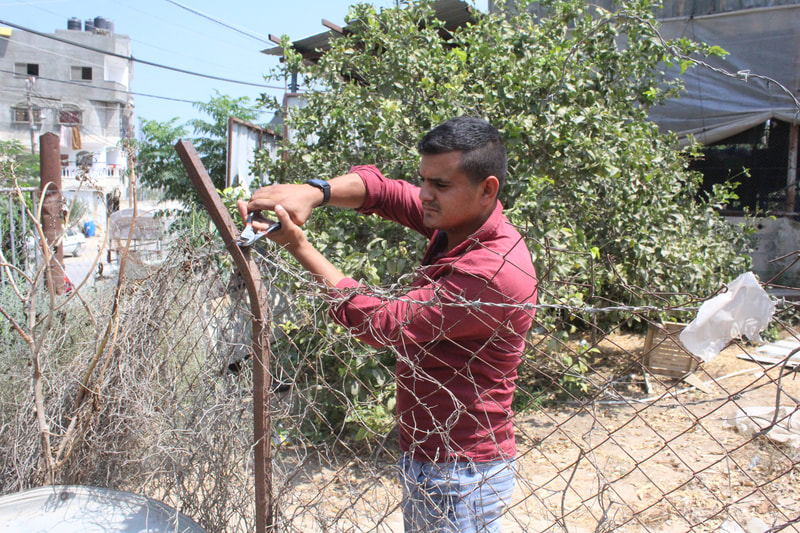 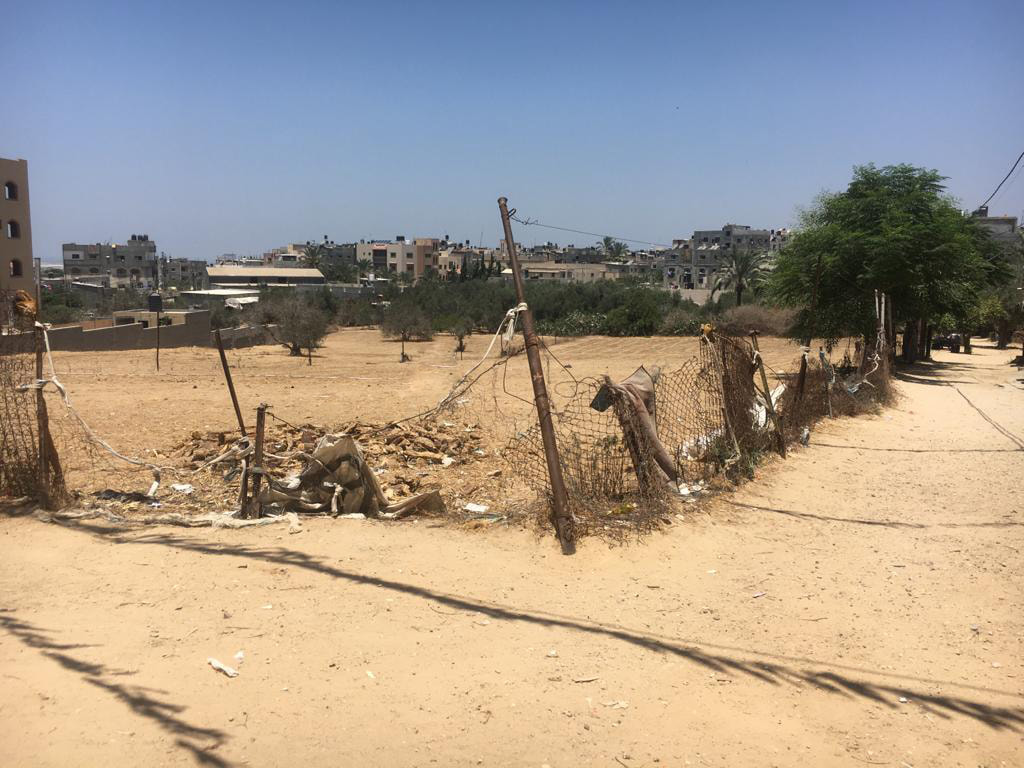 As the plans have become more ambitious, the cost has become much greater, but our expectation is that it will make a huge difference to the children in the area.  We are told that the children are already congregating in the area, excited that a playground is being built.
The video below shows the original plans for this playground, designed by recent graduates from the fields of Architecture, Interior Design and Arts at the Islamic University of Gaza (IUG).

This project seeks to build sustainable outdoor playgrounds to serve the Palestinian community in Gaza.

It is an innovative project using recycled materials through a project that is employing recent graduates from the fields of Architecture, Interior Design and Arts at the Islamic University of Gaza (IUG). To support the graduates in their design, training sessions were conducted by three experts hired from the fields of Recycling, Minecraft, and Community Development.

There were three teams, each of which focused on a different site. One team designed a playground for an orphanage in Gaza - their design is inspired by a Rubik's cube. A second team focused on a playground for children with Down's syndrome or Autism - their design was inspired by rainbows. The third and final design was for the playground at the Bani Suhaila municipality, as shown above. This design took the concept of musical instruments, involving movement and sound.

​The video below focuses on the proposed playground for the orphanage, so encompasses ideas for both younger and older children,
The second video focuses on a playground for children with special needs.
The next stage is to work closely with the orphanage and the school for children with autism, to ensure the designs are as good as they can be. The designs will then be drawn up and costed, then hopefully we can turn these inspirational ideas into reality.

JENIN, in the West Bank

We are excited to undertake another new project - a forest playground in Jenin. About 80,000 children live in the immediate area who lack free, open, safe places to play and roam. Although there is an existing forest playground, none of the playground facilities are usable. 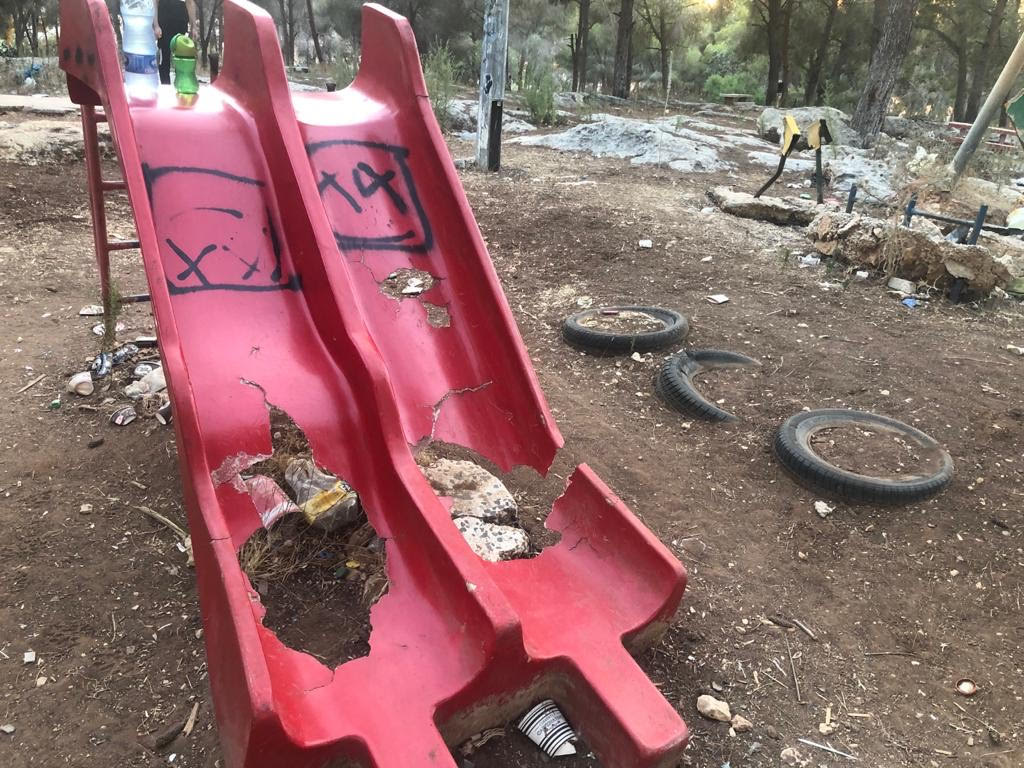 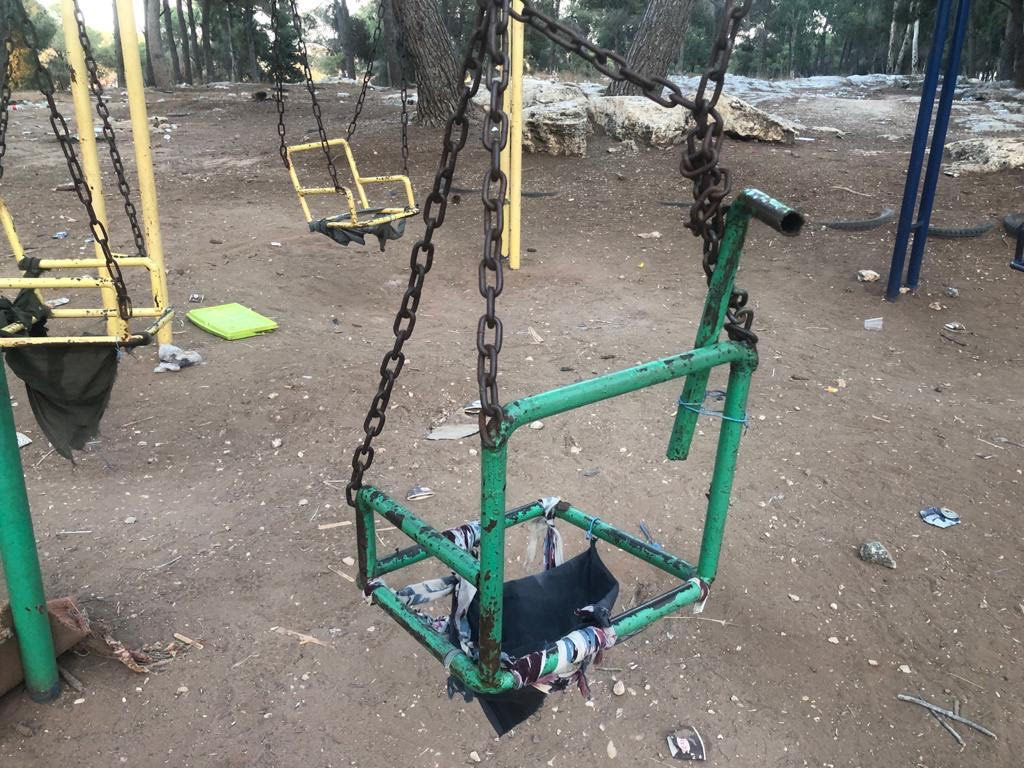 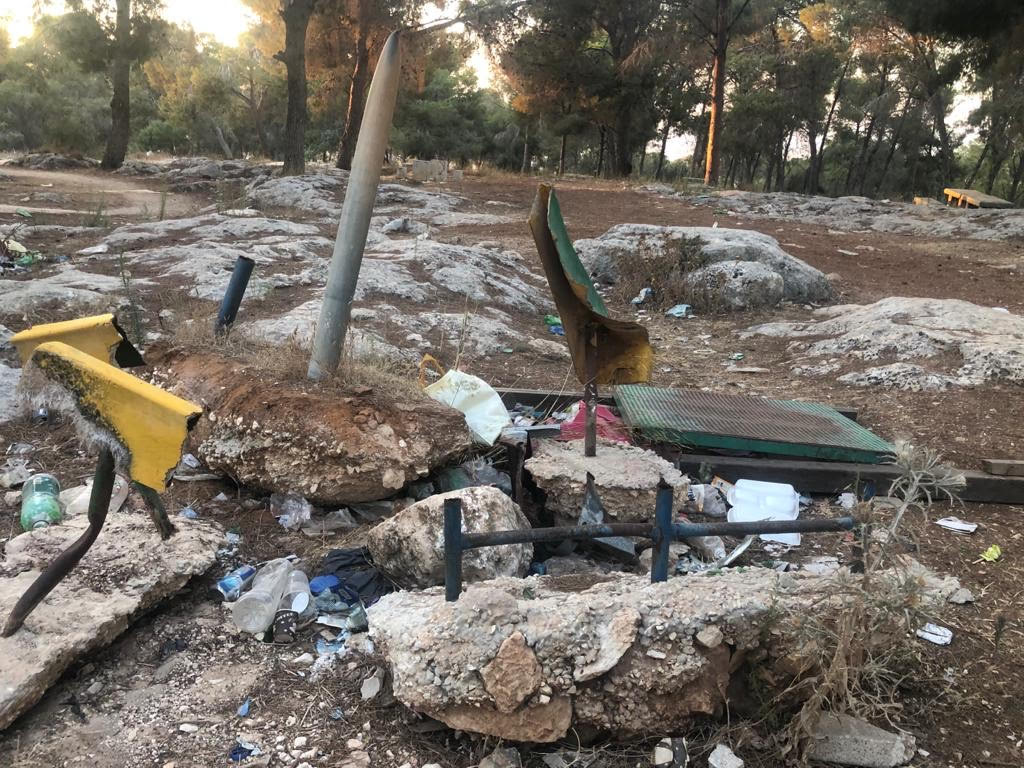 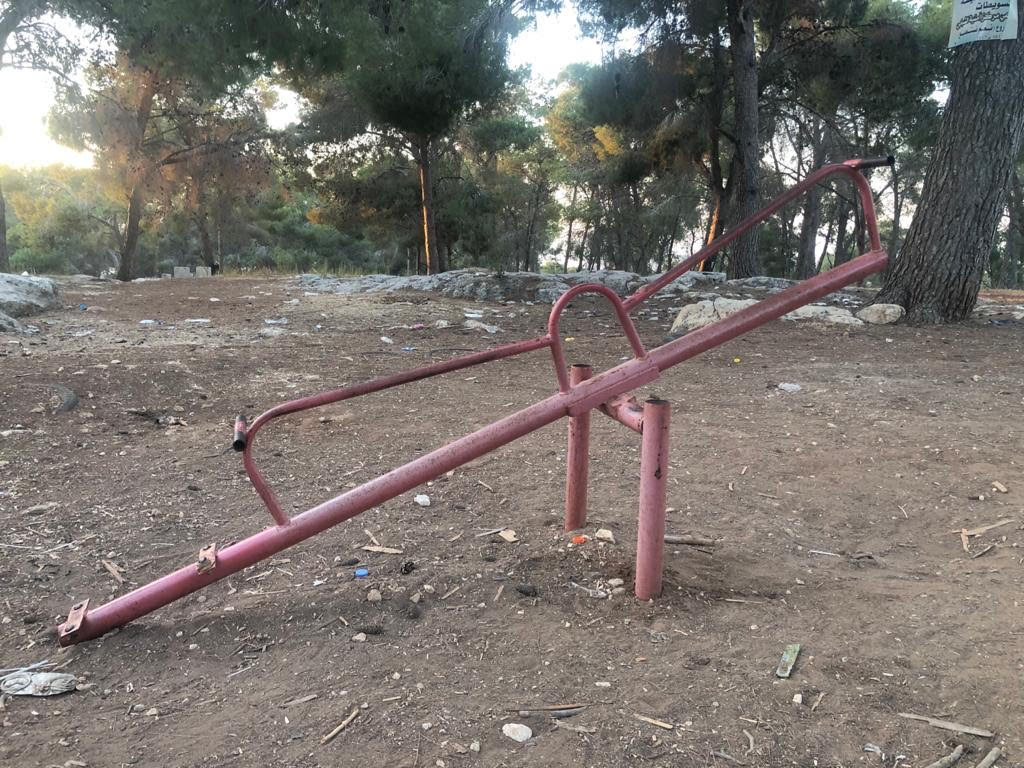 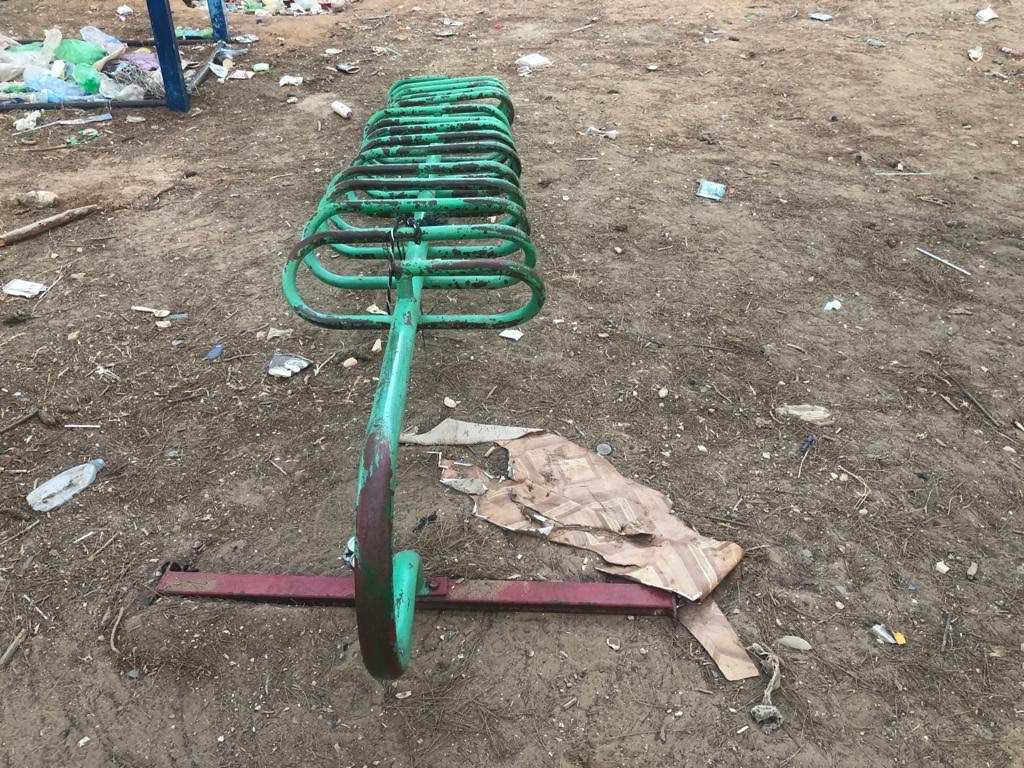 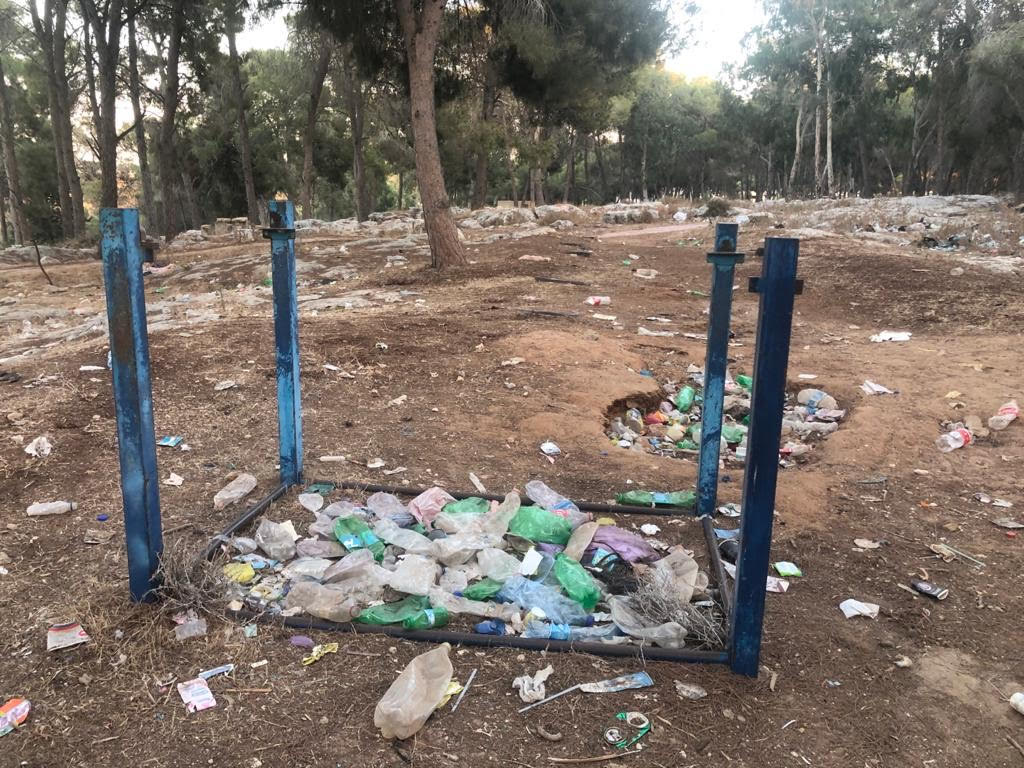 Our aim is to build two play areas (one for younger children and one for older children) and a skatepark for teenagers. The area will be landscaped with solar-powered lighting, toilets, picnic, barbeque and seating areas, and a community garden, all accessible to wheelchair users and others with limited mobility.  ​

The vision is to transform the space into a beautiful, sustainable site which is accessible and inclusive for people of all needs and abilities, with facilities for the whole community to enjoy, protect and take pride in. More details can be found by clicking the image below.​ 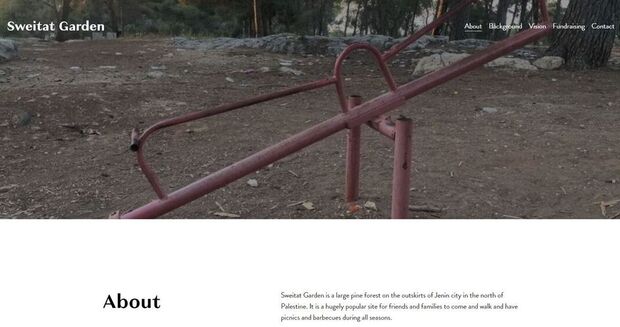 Silwan
We are currently in talks with Madaa Creative Centre (MCC), a non-profit and non-governmental community-based centre that aims to sever, education and strengthen the Jerusalem community by engaging children, youth and women through numerous activities and programs. They would like our help to renovate this small playground at Batn Al-Hawa, near Silwan. Children in the neighbourhood there suffer from lack of safe recreational spaces.

Spread over three levels, the aim is to repair the walls, provide a roof cover and wooden benches, and of course to provide new play equipment.